Why Seoul Is the Best Student City 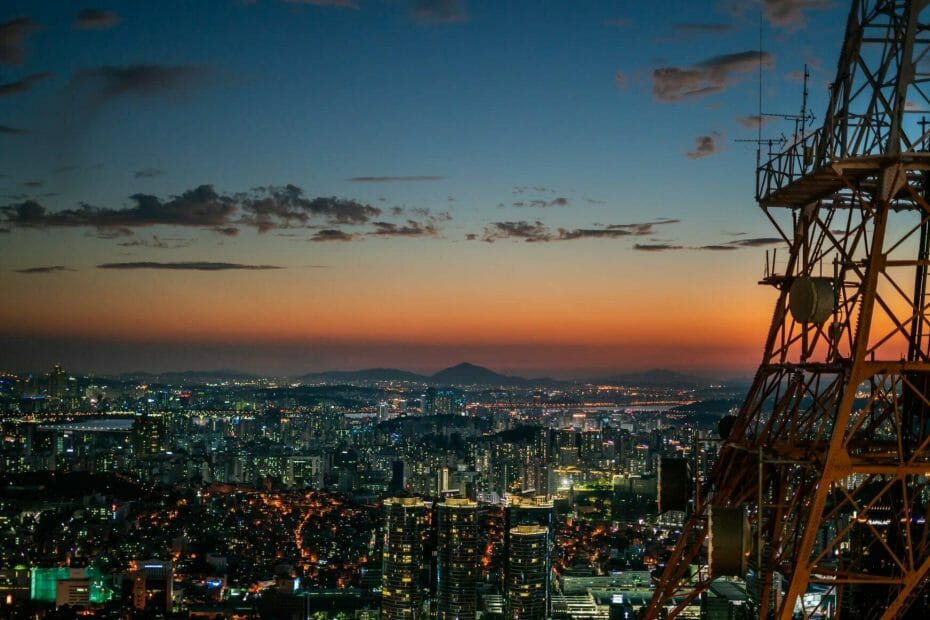 Somehow, Seoul has sneaked into the top 10 student cities list for the three consecutive years. Yet why is it that Seoul is hardly ever considered as being a good place to study?

Korea often isn’t the first place that comes to mind for study abroad options. I want to add Korea to people’s minds though – especially considering Seoul is currently rated as the 10th best student city in the world. So why is Seoul rated so highly?

The Top-Universities rankings account for affordability, employer activity, desirability, student mix, rankings and student view. The reason that Seoul is rated so highly becomes quickly apparent when you sort the university rankings – It has the third-highest score in overall university rankings.

Interestingly, Seoul also features the lowest desirability out of the top 10 student cities, and this is something that can easily be changed with Korea increasing its global presence. With an increase in this stat, it would be feasible to see Seoul moving into the top 5 student cities in the world, if not further.

But all of these stats can be seen in the 2018 university rankings. The real question then, is why are these rankings the way they are? What puts Seoul in the top 10 student cities in the world?

I will also talk about my personal experiences with studying in Seoul, and what makes it such a great place to study – and hopefully I can make it more desirable!

Check out these hotels in Seoul! | Agoda | Hotels.com

Check out other great activities, tours, and packages for travelling in Korea!

This site contains affiliate links to products. I may receive a commission for purchases made through these links. Affiliate Disclaimer.

What exactly makes Seoul such a great student city?

I will go into this in more detail later in the article, but in short, Seoul is incredibly diverse, fast-paced, and always interesting. It is a place that will never let you get bored, but it is also a place that stresses a lot of people out.

The city is affordable and if you like night-life, it is second to none. The quality of universities isn’t ideal (despite what rankings say), but it is balanced by the amazing student city that is Seoul.

If you want somewhere that is action-packed and constantly alive, then Seoul is ideal. The phrase ‘cities never sleep’ is often thrown around, but in most cases, I have found that it really isn’t true. In the case of Seoul, however, it most definitely is. The city never sleeps.

Since many students enjoy a face-paced lifestyle filled with energy, Seoul is a great city to study in. On the same note though, it’s not ideal for anyone that is looking for peace, calm, or less distractions while studying.

The Negatives of Studying in Seoul

The main building of Korea University, a university located in northern Seoul.

I’ve written a few articles on the negative aspects of Seoul, and much of what I will say here is included in them. The biggest downside about studying in Seoul is stress.

Korean education is no joke, and at some point, everyone gets caught up in the stress. Whether it is because of difficult working hours, or an overload of studying, stress is something that can often creep in – especially in a city that is as fast-paced as Seoul.

Not only this, but most students will be away from their family and support that they have back home. Whether or not you get homesick, it’s harder to be in a totally different country with little or no support.

Health concerns such as air quality can also play a part in the downsides of Seoul. Usually, this isn’t as important if you are only here for an exchange, but for someone who becomes a regular student here, this is definitely a factor worth considering.

The effects of fine dust can be avoided with knowledge and masks/air filters however, so this usually isn’t a deal-breaker.

Life within the campus is usually mediocre at best. The Korean education culture is based more around memorisation and recollection than thinking and application, and as such, it is common for students to get very stressed around exam time.

Sure, it’s usual to get stressed around exam time everywhere, but in Seoul, it’s a whole new experience. Teaching is often lacking (although it can be very good at times), and attendance is often very strict (lose 1% of your total grade for each absence, miss 3 classes and get an F overall). However, the student life outside of university and everything else that Seoul offers more than makes up for these downsides.

Depending on who you are, your interests, and your preferences, you may have different views to me. One thing is for sure though, and that is that the student life in Seoul is vastly a positive experience.

Cost of Studying in Seoul

This graph represents my usual monthly budget and is quite typical of a student in Seoul.

While compared to some cities this may be costly, it is far cheaper than other top 10 cities such as London, Sydney, Paris, or Melbourne. Both the universities themselves and the government also offer scholarship opportunities that can decrease, or even fully remove, the costs of studying in Korea.

Housing can be found for as low as $300 per month depending on what you are looking for. I personally pay around $450 per month for all my utilities and a studio of around 40 metres squared.

It may not be what you are used to, but it’s more than comfortable enough, especially for a student! For a rundown on the full costs you can expect as a student in Korea, this post has everything covered. In terms of student housing, the options available, and how to find housing, please refer to this post.

It is possible to get by in Seoul for under $800 per month (rent included), however, it isn’t the most comfortable. Usually, $1000 per month is a good budget, especially if you take public transport every day. If you live close to the university (or close enough to walk) and eat in every day, then costs can most definitely be minimised.

Seoul isn’t the cheapest of places, but it is much cheaper than many of the other cities on the list. The Korean Government scholarship also gives a monthly allowance, and if you get accepted for this scholarship then you will be covered for the whole time you are in Korea!

Seoul has an amazing mix of modern activities and also tradition and culture. As a student, there is so much to explore and see.

I truly think that Seoul only ranks so low on this metric because it is rather unknown and often not considered. The universities in Seoul are definitely not as desirable as cities such as London or Paris, but the student life is up there amongst the best.

Whether you like going and spending time or studying at cafes, or drinking and partying your nights away, Seoul has a LOT of options. Most of which are also affordable!

When you realize that soju can be bought for under $2 a bottle, and a night out can cost less than $20, Seoul suddenly has a far greater appeal to many people.

Not only this, but the city is one of the most active, and always awake cities on earth. I’ve heard the phrase ‘the city never sleeps’ many times, but only in Seoul (so far) have I found that to be truly the case. The only time it really sleeps in on Sunday morning before noon (no, really, Sunday before the afternoon is like a ghost town).

Seoul is a city of never-ending entertainment, and most of it is affordable also. When this is considered along with the ‘strength’ (although personally, I don’t find this to be true often) of the universities, it is easy to see why Seoul is so highly ranked.

As a student myself, I can categorize a few key areas that decide desirability. Affordability, prestige, entertainment, and university culture.

Seoul ranks well in all of these categories and excels in entertainment. Prestigious universities are spread across the city, and university culture is great. There really isn’t a category that it falls short in, and this is why I believe that Seoul is only ranked as less desirable due to the relative lack of knowledge about it.

However, this is something that will be changing, and in a few decades I wouldn’t be surprised if Seoul and other east-Asian cities are actually more desirable than their western counterparts.

Expat.com has this to say about job prospects in Korea: ‘Most of Korea’s 15 Fortune 500 companies are headquartered in Seoul and are always looking for motivated international employees who understand the local and international markets. Companies like Hyundai, Samsung and Kia prefer to hire from top Seoul universities and offer attractive career development programs to anyone joining their firms.’

As with any city as large as Seoul, there are a lot of possibilities for jobs. There are many foreign companies and also many Korean companies, giving many opportunities to English and Korean speakers alike.

For the best job prospects though, it is always worth trying your best to learn Korean while studying in university here. It is definitely possible to get jobs that only require English, but it is still a large restriction.

Not only that, but learning the language will help you in many other ways and it’s the best way to assimilate with the culture.

The Seoul Metropolitan Government website has many great resources to help anyone wanting to work in Korea. From applying for visas, to the selection procedure, everything is included on their site.

Why Study in Seoul?

I would go as far as to say that Seoul is one of the most exciting cities that any future student can choose to study in. The entertainment options are as close to limitless as they can be, the education is of a decent quality (and there are world class universities – namely SKY, SKKU, Kaist and Postech), and employment opportunities are abundant.

Possibly above all though, is that fact that Seoul is affordable – it’s far cheaper than many other cities with world class universities.

The biggest problem Seoul for most students is the stress. Not only due to the Korean education style, but also because finding jobs can be difficult as a student (most student visas are limited to under 20 working hours and there are very few part time jobs available for those who can’t speak Korean).

Seoul is a fantastic place to study, and nowhere is perfect. The few flaws that Seoul does have are more than made up for by all of the positive aspects of this beautiful city.